Is it Halloween time already?! This week on Strictly Come Dancing we were treated to a fabulous Halloween themed show which was just as spooky as our spooky themed slots. The standard was as high as ever with a seemingly very strong couple having one poor week, which has unfortunately cost them their place in the competition! There were some slight alterations with this week’s show, with Will and Janette unfortunately sitting this week out due to a knee injury for Will. In addition to this, Alex Scott’s partner, Neil Jones, was also suffering from an injury but thankfully Kevin Clifton, who left the competition alongside Anneka Rice, stepped in for Neil.

We here at Online Slots UK love our themed nights as it adds extra quirk and creativity to the dancing that we enjoy! To catch up on previous weeks in Strictly Come Dancing, please see our previous blogs -

The show was kicked off in truly spooky Halloween fashion with a Halloween themed performance which included both the professionals and some of the celebrities alike. The performance included an off-screen video clip of a spooky museum where still characters came to life and started dancing in synchronization; much to the oblivious nature of the museum security guard played by Anton Du Beke. This group performance was incredibly well choreographed with so many dancers on the floor at one time, it really looked fantastic with some very detailed costumes on show as well! What we noticed was not only the amazing dancing, but phenomenal acting also! To a certain extent this is just as important as the dancing to ensure a performance is of a high standard, which they certainly were on Saturday night.

Similar to Week 6, this week was arguably overshadowed by a massively surprising exit from a couple who have been very strong in previous weeks. As difficult as that is, it’s unfortunately part and parcel of the nature of this competition which can be so cruel at times. Nonetheless, it was an amazing show with some great live performances which we here at Legs Eleven certainly enjoyed! 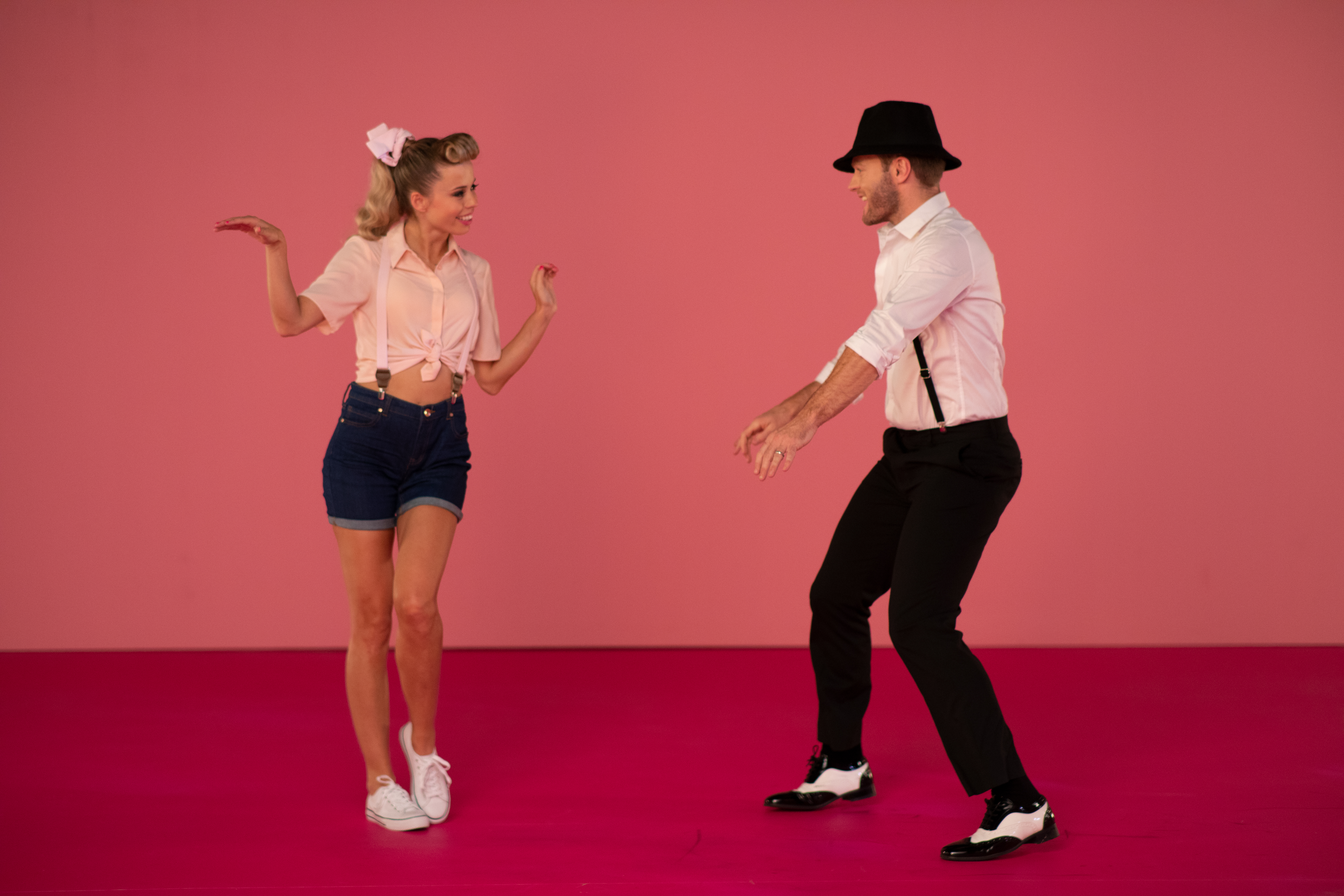 This week’s round up of the live performances:

This dance contained a King and Queen theme with an eye catching red and black colour scheme, truly giving us that spooky Halloween feel from the off. Complementing the scary nature of this tango, it was an incredibly sharp and fierce performance from both Emma and Anton who really got into character well, which always helps the performance look that much better. Emma is certainly improving a lot under Anton’s influence and is certainly keeping up with his level of expertise. The judges on the whole were fair, with head judge Shirley Ballas saying that it was “a great opening for the start of the evening”. Craig was his usual critical self, but on the whole they received positive and constructive feedback for a good performance with a good score.

It is no secret that we here at Legs Eleven absolutely love the Charleston. As our Strictly Charleston blog shows, it is our favourite dance move, so we may be bias but we always love to see it on the live performances! Both Emma and Aljaz did this fantastic number a great service by performing it with such high quality and excellent delivery which both us, the audience and the judges certainly enjoyed! This performance contained incredible footwork as needed in the Charleston with some good lifts also. There was a good use of props and a good background settling, really helping to make it a pleasing performance to watch, which received a standing ovation from the audience. Following last week’s high score of 36, it was always going to be difficult to reach that again, however they still performed very well and received positive feedback from Shirley, Motsi and Bruno with Craig being slightly harsh as usual.

Before the dance even started both Chris and Karen had our full attention with their fantastic matching Victorian themed outfits. Unfortunately this was probably the highlight of the dance as, whilst it wasn’t a poor performance by any means, there was nothing amazing about it, which was reflected in the score and the judges’ feedback. Chris and Karen are definitely a very likeable couple who are making a lot of improvements in their performances as a duo, however they are still making a few mistakes. Motsi praised them saying they “give so much fun” which whilst very true, this is probably due to their personalities rather than abilities as a dancing duo. Bruno quite bizarrely complimented them saying the performance was “so good in a horrible way” which I think confused everyone. On the whole it wasn’t their best performance but certainly wasn’t dreadful with some positives going forward.

This performance was quite a bizarre one in usual Mike Bushell fashion, however it was certainly an enjoyable one. Dressed as a bunny rabbit, Mike certainly did not want to hop back into the dance off this week and his levels of energy and enthusiasm can’t be faulted at all. The dance once again was not brilliant with Mike lacking flow and rhythm at times, however it was still very well choreographed with some of the moves being quite difficult to pull off. The judges were rather complimentary of this performance with Bruno specifically saying it was better than last week’s performance. Some positives to take going forward, but once again not the greatest performance from this passionate dancing duo.

There was a great Halloween theme in this performance, certainly in the intro which certainly looked good given it was a Halloween special. This performance was not awful but it certainly wasn’t great with a few mistakes being made which was noticed by the judges and was most definitely the centre of their criticism. It was quite a surprising poor performance as Catherine and Johannes have been one of the stronger dancing duos in recent weeks however this week they may have bit off more than they could chew as they took on a cha-cha-cha slide that appeared to be very difficult for them. Improvements will need to be made for them to progress further in the competition and get back to where they were a few weeks ago.

The performance of the evening and, you could even argue, of the competition, with the high score it received. Once again it was very relevant to Halloween with its Addams Family theme in the performance which was quite frankly performed superbly by both Michelle and Giovanni. They both showed very good movement and footwork combined which is essential for a successful Foxtrot. Michelle’s profession is clear through her performances as she demonstrates natural showmanship as she can confidently own the stage upon which she dances. As a pair they have a great bond which is clear to see and their combined ability will undoubtedly take them their far in the competition. “Phenomenal” was the word used to describe the performance by head judge Shirley, with Craig referring to Giovanni as “very clever” in reference to his choreography in this dance.

This was a fantastic performance to Billie Eilish’s ‘Bad Guy’ which in true Billie Eilish style was as fierce and as sharp as ever and fully required for both Kelvin and Oti to remain in character throughout the performance. They both showed incredibly fast footwork which helped demonstrate a phenomenal performance. There was a great use of aerial props as Kelvin was lifted across the dance floor at the start of the dance, which really added a rare use of aerodynamics that we haven’t seen since David James’ batman entrance. When the chorus kicked in, their footwork was fantastic and timed to absolute perfection which really was a joy to watch. There was a strong gothic theme throughout this performance which suited the Halloween theme perfectly. Their natural talent and ability was recognised by the judges with critical Craig referring to it as “incredible” and Bruno said it was “one of the most memorising Tangos” he has seen.

Alex Scott and Kevin Clifton (stepping in for Neil Jones)

Given the circumstances of Kevin stepping in for Neil at such short notice, this was an amazing performance which justifies its high score. It was a Ghostbusters themed dance which allowed for some fantastic footwork once again from the former footballer! There was also a strong use of props which emphasised the dance and complemented the outfits, making for a performance with excellent technique as well as looking great also. Kevin really did so well given the short notice and whilst he admittedly made some mistakes in the dance, both him and Alex performed it fantastically. Alex really has improved since the opening weeks which the judges fully recognised with the worthy score.

Once again we were treated to another fantastic gothic and Halloween themed group performance by the professionals to “Toxic” by Britney Spears to kickstart the results show. It was a great way to round up Halloween Week, which due to it’s spooky and specific theme requirements, really made for an entertaining evening that really challenged both the professional dancers and celebrities alike.

The Final Two is based on a joint score combined of the judges’ scores and the public vote with the lowest scoring duos making up the last two. The dance off this week consisted of Mike Bushwell and Katya Jones and Catherine Tyldseley and Johannes Radebe. The latter couple were very shocked to be in the dance off, albeit this was certainly not a strong week for them.

As this was their second time in two weeks in the dance off, they will have been very conscious to ensure that they could impress the judges once again to avoid leaving the competition. They seemed to have taken on board the judges’ feedback well, with greater flow in their performance, with slightly more energy and certainly better delivery than we have seen previously. An improved performance to say the least from the night before.

The Dancing Duo Leaving the Competition Were…

Catherine and Johannes. This was the first time head judge Shirley Ballas had to make the decisive call as the judges voted differently. This clearly upset Catherine and Johannes who were both visibly emotional, as it was clear they were loving their time in the competition. Upon reflection of their performances as a whole throughout the competition, this is definitely a harsh decision, however we are that stage where no mistakes can be afforded and one poor night can prove costly.

That’s it for This Week!

That is our round up for week 8 of Strictly Come Dancing 2019! Please be sure to check our website each week to get your updates throughout the competition! If the topic of Halloween is making you fancy some spooky themed casino slots, look no further than here at Legs Eleven where we have plenty to seek your teeth into! From blood thirsty vampires in Vampire Desire and Ooh Aah Dracula to friendly ghosts in Casper’s Mystery Mirror.

Register at Legs Eleven today for more engaging blog content and online slot games as well as Live Roulette and Online Bingo UK. We have some amazing offers exclusive to our new players including our Free Spins No Deposit bonus! Please read up on our commitment to safer gambling before signing up. T&Cs apply. 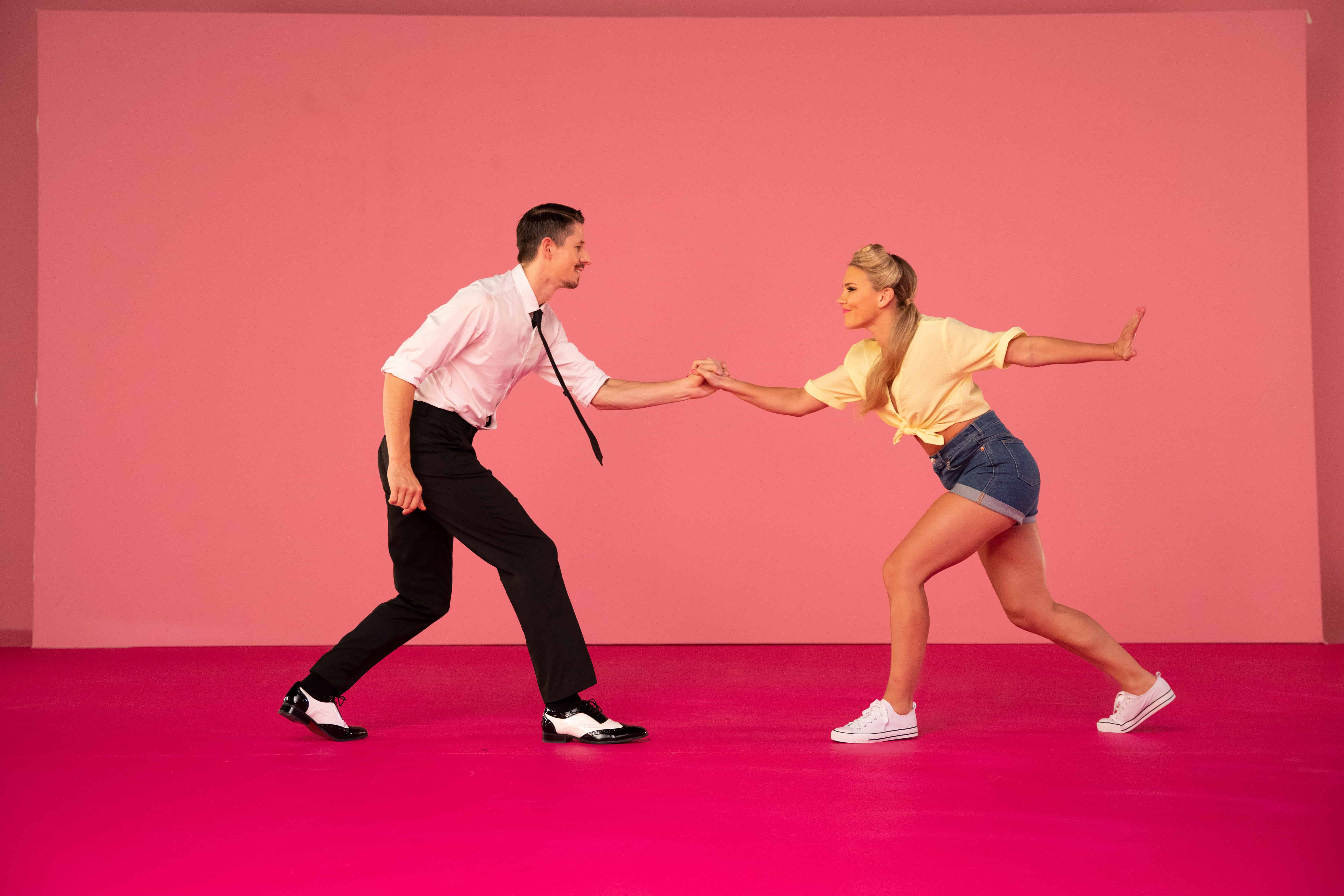